The team had another successful outing in the Renotech prepared Renault Clio RS220.

The team were hoping for some rain during the event which did not eventuate.

The team again finished 2nd in showroom 2wd which was a solid result.

Some good learning’s in terms of some car setup changes will happen now before the 3rd round of the Australian Tarmac Rally Championship – Snowy River Sprint in September.

Click here to see the gallery of photos from the event.

This week the team at redbackracing took the new Clio for a night of testing, in the teams first entry at the North Shore Sporting Car Club (nsscc.com.au) third round Twilight Rally. NSSCC host four rallies at Eastern creek over the summer nights, whereby each entrant gets up six runs of a 3.5km tarmac rally stage around Eastern Creek.

Adam Moore (long time redbackracing friend and test driver) along with navigator Lee Challoner-Miles, improved through each stage run and put the Clio through its paces. Renotech support team members Julian and Miles were on hand to help setup the CLio through each run.

The team will be back for the forth and final twilight rally series run in March, shortly before heading to the second Australian Tarmac Championship round – Lake mountain sprint.

During the last weekend the team competed in round 1 of the Australian Tarmac Rally Championship, testing a new car in conjunction with the team at RenoTech who are leading Renault Sport specialists.

For this event Adam teamed up with Australian Tarmac Rally Guru – Steve Glenney to help make handling changes to the car and improve its performance.

The car which is a 2015 Clio RS220 prepared by the team under showroom category rules making the modifications minimal.

The car stunned the team on its debut outing. Always performing in the top 10 stage times and getting as high as 5th outright in the final stage of the day. Finishing the event in 7th outright and 2nd in showroom 2WD.

The wet conditions helped the car against much more powerful vehicles. The team look forward to the next event – Lake Mount Sprint which is only just over a month away!

Team Redbackracing would like to thank our sponsors and support team RenoTech for their continued support and look forward to a successful championship throughout 2017.

Round one of the Australian Tarmac Rally Championship is underway and with the team entering this first event of the Championship with a newly built Renault Clio.

The first stages were always going to be a learning experience with the crew getting used to the car in its first competitive outing, but as the day progressed the stage times improved throughout. The car is somewhat different to the previously ran Nissan R35 GTR and the team believe the Renotech prepared Clio still has plenty more to give.

After 8 stages through the Mt Baw Baw mountain range the team sit 8th outright and the second day of the event has a greater number of kilometers to run, so will provide a real test to see how they can progress, keep tuned for an update post the second day of Mt Baw Baw Sprint.

In our preparations for our new Australian Tarmac Rally round, Great Tarmac Rally is based around Marysville in Victoria and will be happening of the weekend of the 10th and 11th of December 2016.

Adam and Lee were out on Saturday 26th November running through the course and getting ready for what we expect to be a fantastic event!

After 12 years of friendship and team work, Adam Spence and Lee Challoner-Miles paired up to participate in the Australian Tarmac Rally event - Snowy River Sprint. The race ran for two days with over 300km's of competitive stages around the East Gipsland shire in Victoria.

The teams day one performance clearly indicated that Adam and Lee were pushing for a high ranking performance, even though the pair had never raced as a driver / navigator crew and that neither had been involved in a rally since April, some six months ago. The Nissan GTR R35 performed well through the morning stages and at lunch break the service crew identified some minor mechanical works that further improved the cars performance through the afternoon stages, with the team completing day one in forth place outright.

At the beginning of day two, it was clear to all competitors involved, from the dark clouds covering the East Gipsland shire that rain would impact the day. Adam & Lee, with growing confidence for the performance on their first day, took on the challenging roads from Buchan to Orbost where rain did intervene, the GTR performed impeccably throughout the wet conditions and helped guide Adam and Lee to forth place outright second place in both category & class.

The team at Redbackracing would, once again, like to take this opportunity to thank all of their support crew and sponsors - Corporate Impressions Australia, Cyara, Albins Performance transmissions, Hi-Tec Batteries, Carbon Revolution, Dirrawong, Oracle Creative and Motul. “Without their valuable and unwavering support we’d be unable to compete in the forthcoming championship” said, Adam Spence.

Click here to view the gallery from Snowy River Sprint 2016 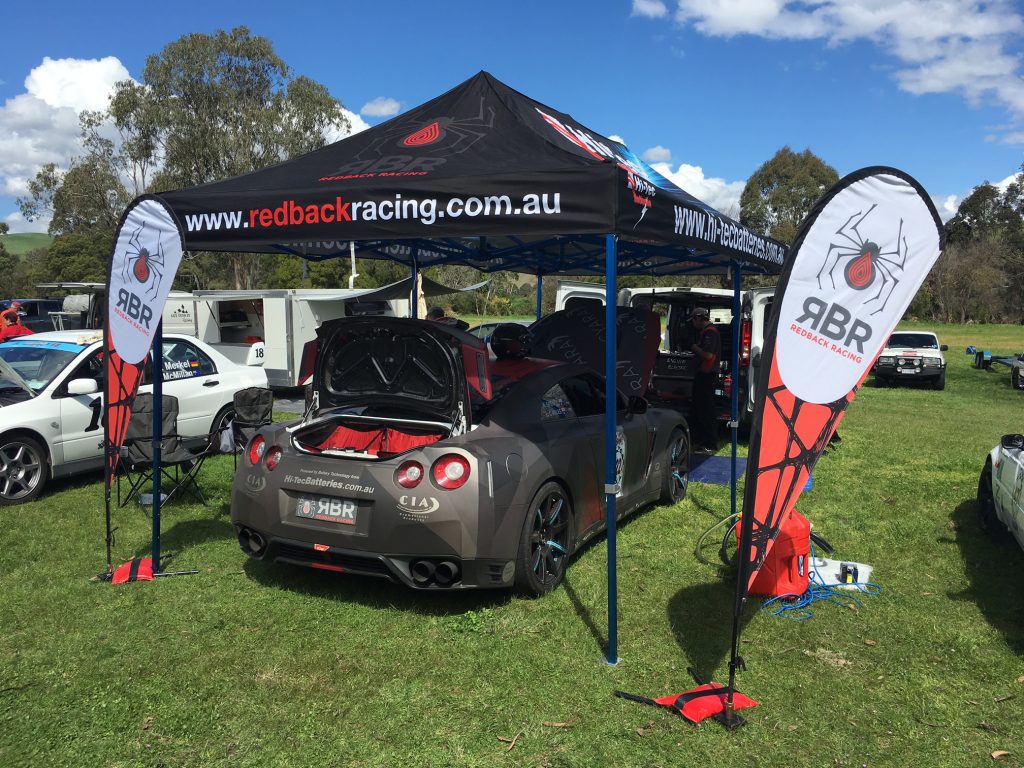 Watch Footage of the Redbackracing Nissan GTR R35 at Snowy River Sprint 2016 below :

Watch Blendline TV Footage of the Snowy River Sprint 2016 below :

The team plans to complete in the final two rounds of the 2016 season, comprising of Snowy Mountain Sprint on Sept 24th & 25th and then in final round, the Great Tarmac Rally on December 10th & 11th. The team’s focus will then turn to competing in all four rounds of the 2017 Championship.

Team principle and driver Adam Spence said, “I am very excited about the coming events and the championship challenge ahead. Having Lee in the car beside me and with each of the rounds run over a weekend, the racing will be both manageable and enjoyable. I’m also pleased to see how strong the competition looks, I think we are in for some fun times”.

The team at Redbackracing would, once again, like to take this opportunity to thank all of their support crew and sponsors – Corporate Impressions Australia, Cyara, Albins Performance transmissions, Hi-Tec Batteries, Carbon Revolution, Dirrawong, Oracle Creative and Motul. “Without their valuable and unwavering support we’d be unable to compete in the forthcoming championship” said, Adam Spence. 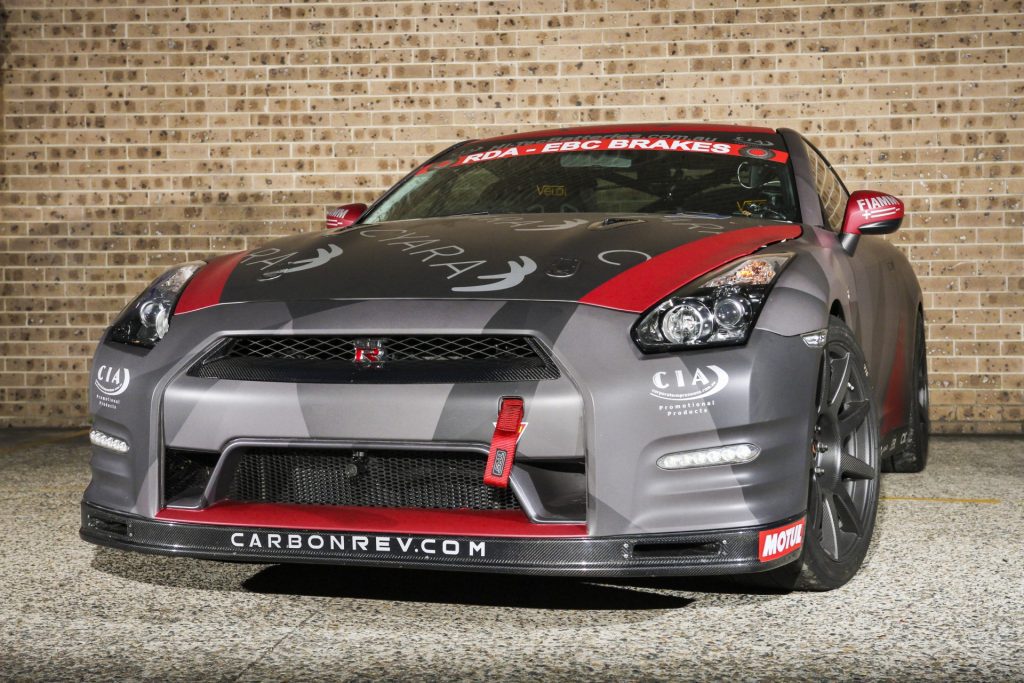 Redbackracing held a sponsor track day at Wakefield Park on the 20th July 2016. A new 360 degree 4k camera was installed to the Redbackracing Nissan GTR R35 and here are the instructions on how to view these videos, they can be viewed without the Virtual Reality headset – its just not as much fun…..

You will now be able to see your video in full 360 Virtual reality, rotate your head left, right, up and down to see every dimension of you experience and relive the hotlap in the Redbackracing Nissan GTR R35.

Here are links to the videos :

Here is a gallery of photo’s taken on the day:

Team Redbackracing thanks everyone who attended the track day and we look forward to seeing you all again soon!

Albins Performance Transmissions on board with Redback Racing

Albins is the largest high performance gear manufacturer in the Southern Hemisphere and the control transmission supplier to V8 Supercars here in Australia. We are excited to have them on board to support us with their Albins 1st to 6th Gear upgrade for the R35 GTR. This is a product that Albins has literally sold 100’s of all around the world and is used in some of the fastest R35 GTR’s on the planet including some with over 1000 HP. Made right here in Australia, we are privileged to work with such a successful and innovative home grown product.”

The first two rounds of the Qatar Touring Car Championship happened last weekend at Losail international circuit.  Unfortunately after Qualifying 4th the car developed an electrical fault on the start line and was pushed from the starting grid.  With this penalty applied and the car repaired for round 2 a strong start from the 11th place at the rear of the grid to the 3rd step of the podium as a satisfying end to a frustrating start of the championship. 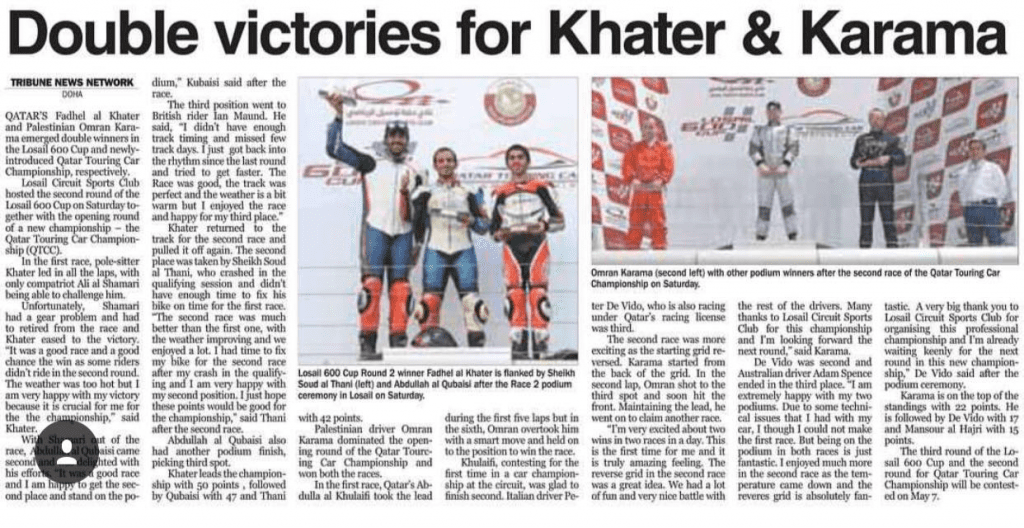 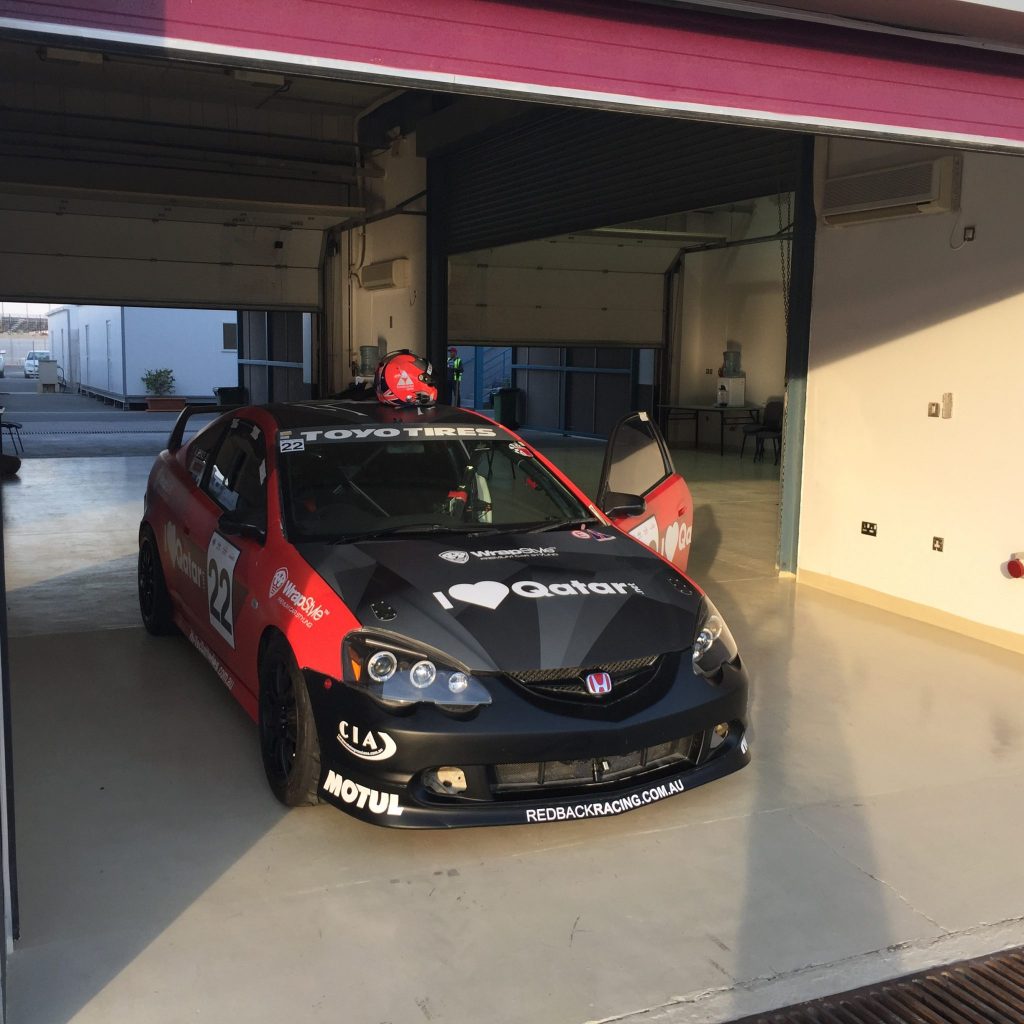